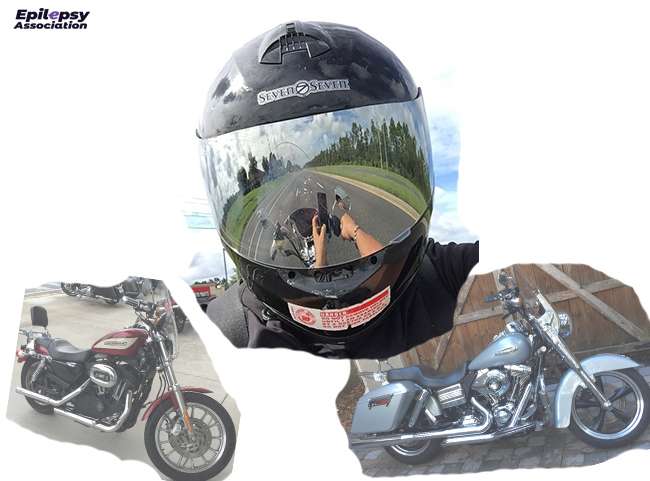 “Epilepsy will not rule my life.”  Never have more words been more impactful to hear.   Michael Sheehan, known as Mike to his friends and associates, is the Prevention & Education Coordinator at The Epilepsy Association of Central Florida.   Mike knows first hand the experience of epilepsy.  It’s more than a singular condition.  Epilepsy is a disease that literally affects your brain.  Think about that.  Your brain controls every thought, every movement, every feeling.  Think about what that means when synapsis in your brain is malfunctioning.  Every facet of life is forever changed.

“I love outdoor adventures.” In 2016, Mike was a highly sought-after personal trainer in Winter Park.  He helped oodles of clients get and stay physically fit.  He rode bikes, did sky dive jumps and 2k scuba dives.  He began to notice that he was “losing time”.   Suddenly, it would be much later than he realized as he lived his daily routine.   On a roadtrip   in California, he and his companion stopped to fill their rented Harley with gas in Big Sur.   He was feeling nauseous and asked his companion to get him a drink from inside.   Forty minutes later, he saw worry and relief wash thru his companions face as he looked around at the gas pump and asked “When am I?”.  He didn’t think it was anything serious at the time and they carried on.

Not long after, Mike went to sleep, as normal, and woke at the hospital.  He had a major 15 minute seizure during the night.   His life was forever changed.